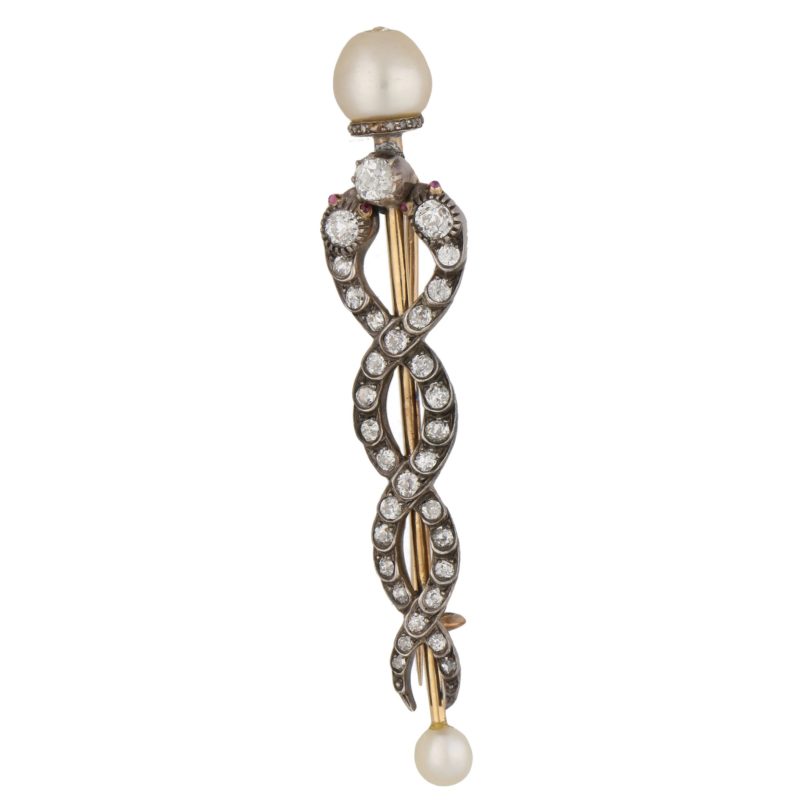 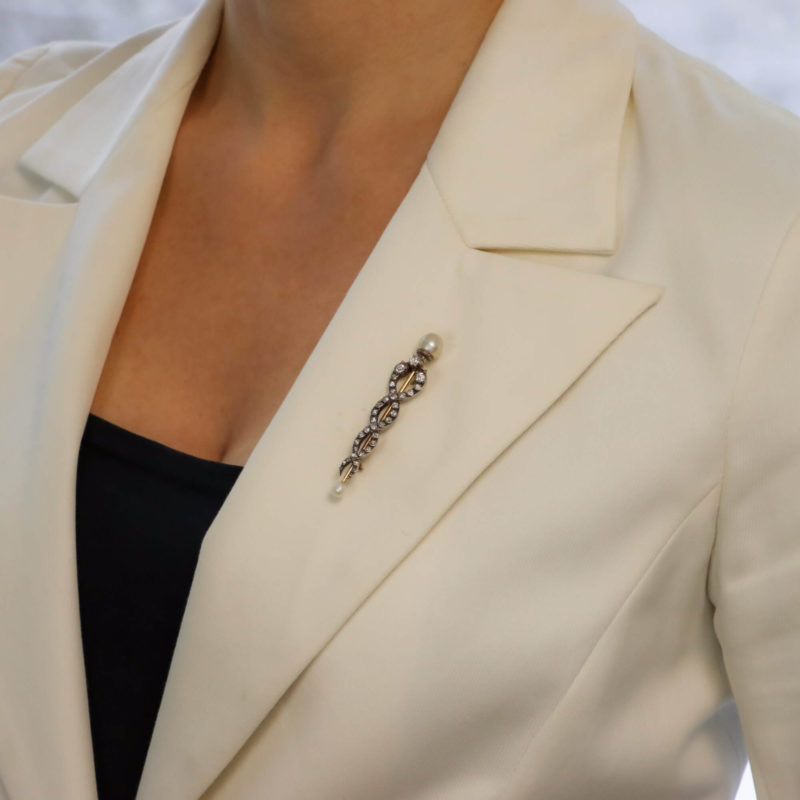 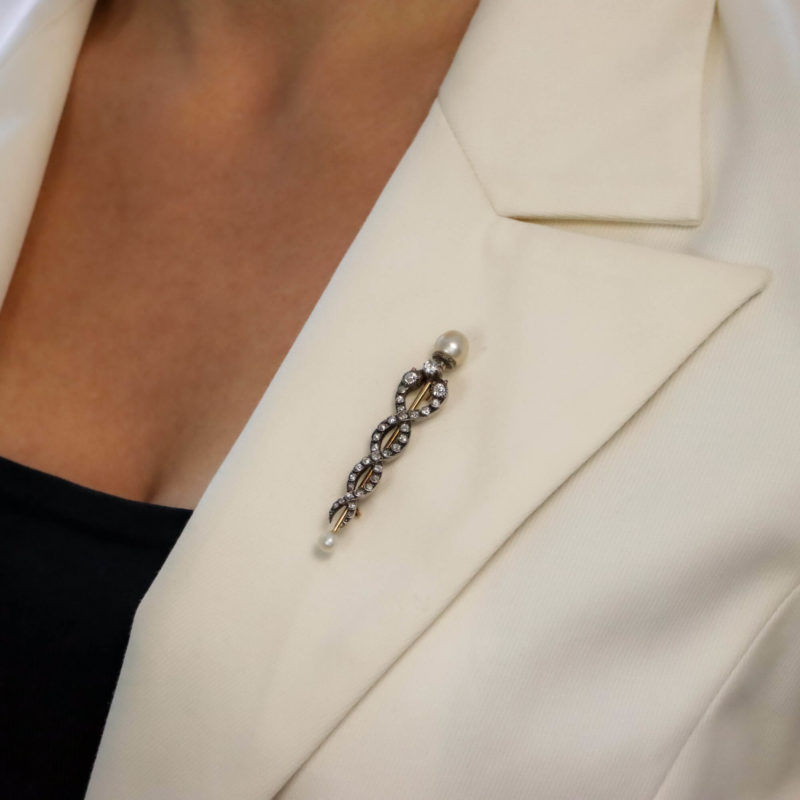 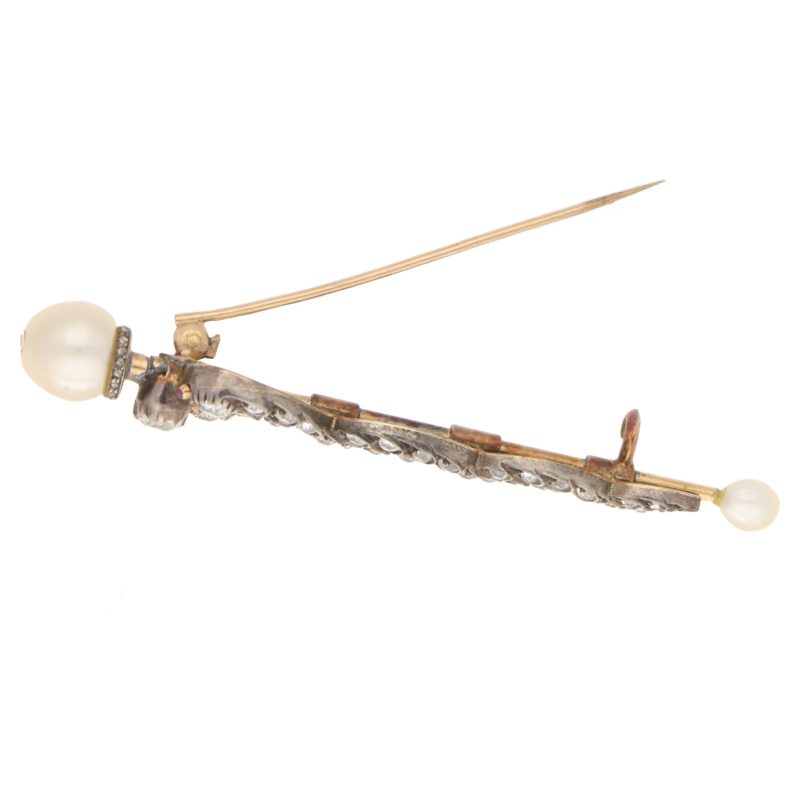 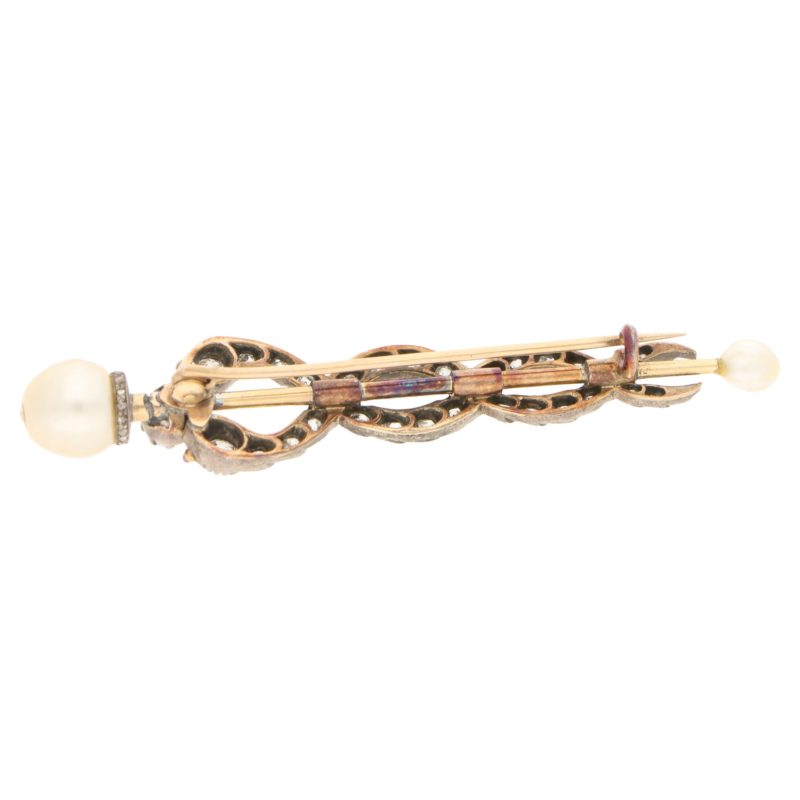 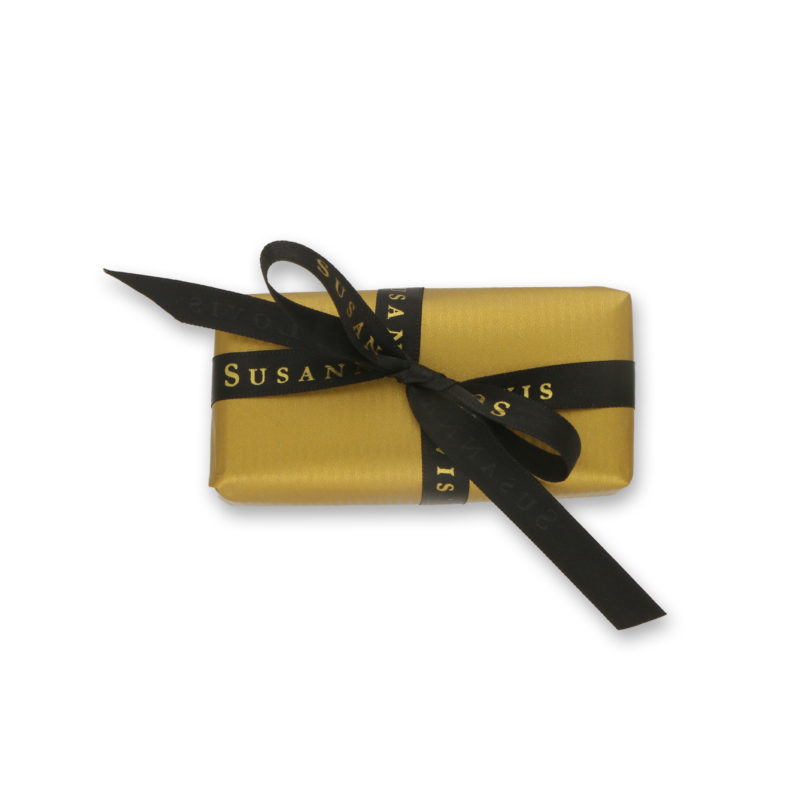 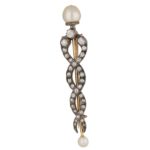 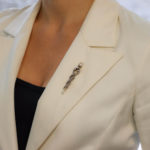 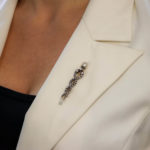 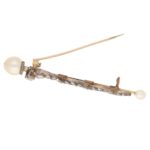 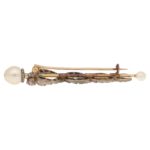 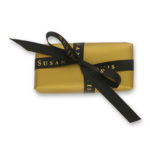 A fabulous Victorian pearl, diamond and ruby apothecary brooch steeped in a fascinating history. This very wearable brooch is a fantastic example of the skill of the Victorian jewellers. Exquisitely hand crafted in silver on gold which was typical in the 1880’s, the brooch features 2 entwined snakes. The bodies of the snakes are set with very bright and sparkly old brilliant cut diamonds with natural pearl terminations. Each head of the snake is inset with 2 ruby eyes.

The symbol of the twisted snakes on a rod can be traced back to the Asclepius, the Greek God of medicine who carried a rod with a single snake which became a medical symbol from the fifth century BC. The symbol was then used by Hermes, the messenger of the Gods who added another snake and it has been used as a symbol for pharmacies and medicines ever since. The original owner may have been in the medical field or it may have been a symbolic gift given to protect the wearer and keep them in good health.

The pin is fixed to fit securely into a brooch fitting behind.
Measurements: 68mm x 13mm
Estimated total carat weight is approximately 2 carats